Food waste - at Trotec they are called "by-products" - arrives in full trucks. They come from industrial bakeries, chocolate factories or biscuit factories. For example, 200,000 tonnes of these "by-products" are processed annually in Veurne and also in the French subsidiary of Albon, in France. All these leftovers are bought from the food industry.

But why so much waste? Sigrid Pauwelyn, director of Trotec: "For example, the pralines are not full enough. They cannot be sold that way. The same applies to these sugar wafers. They are broken during production, so it is impossible to sell them." So there are production problems but sometimes it is also the choice of the consumer that generates waste. Sigrid Pauwelyn: "Children don't like crusts, so the manufacturer cuts them and we buy the rest."

All of this is then crushed and follows a production path that takes us to the heart of the business. What do we do with all these products? Here's a dosing tank ... is that it? That's right, but we will not learn more. Production secret. It is as if we can see the witness of a boiler used to dry the materials. We don't get any more explanation. At the end of the processing chain, the final product is in the form of brownish flour. We discover a mountain of flour that will serve as a feed component for the livestock. But then: veal, cows, pigs eat bread, pralines and waffles? Krist Forrez, Operational Director at Trotec explains: "The product is too rich. It is mixed with other animal feeds such as wheat, soybeans or corn according to the breeders' requirements". Is all that expensive? Again, we won't know anymore, the competition is watching! 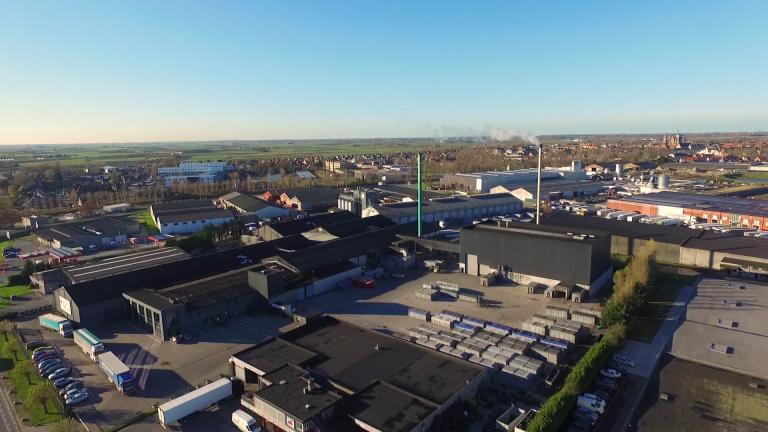